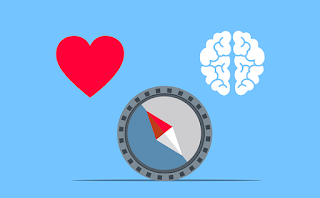 Seen a couple recently with issues around regular conflicts and communication issues.

When he tries to communicate with her, she focuses more on the feelings associated with what he is saying rather than what he is actually saying.

When she tries to communicate with him, he focuses more on what she is actually saying rather than the feelings associated with what she is saying.

This can be the reverse of course.

It’s like one is speaking in French and the other in English but both think that they are speaking the same language.

This pattern is not uncommon.

The first step to change is awareness.

Couples do often need to be “more bilingual” in both the “feeling and thinking” language.  Otherwise, unhealthy conflict and miscommunication will inevitably occur.

Posted by Perpetual Health at 7:19 AM