How to approach pharmacological solutions for mental health 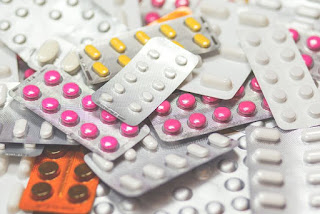 When thinking about pharmacological solutions for folks with mood disorders, I tend to think in terms of “zooming in” and “zooming out” problems rather the the usual “chemical imbalance” theory.

For folks with excessive zooming in to thoughts and feelings, I tend to think about SSRI’s, SNRIs, Antidepressants in general, Quetiapine, Anitipsychotics etc as “numbing agents” or “detaching agents”.  Interestingly, a few years ago at Griffith Uni, they trialed oral Ketamine for severe depression, which is very “detaching” in action.

For folks with “primary” excessive zooming out from thoughts and feelings, some of the above may have more “dissociative/detaching” side effects, so I would use it with a degree of caution.

I do wonder if we can view ADHD as a lack of zooming in OR “loose anchoring” to various thoughts and feelings, and hence, fleeting from one thing to another perhaps. Hence a “zooming in” agent like Dexamphetamine seems to make sense.

The challenge is, most mood disorders are not simply a zooming in problem, or a zooming out problem.  Often there is a mix.

There’s no such thing as a “zooming in and zooming out drug according to context” is there?

Posted by Perpetual Health at 5:17 AM