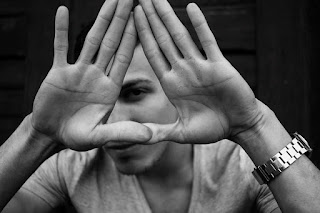 Whenever there are excessive friction in any families or groups, chances are, the Karpman’s drama triangle may be at play.

There are the “perceived persecutors” showing up as the “fight” response.

There are the “perceived victims” showing up as the flight or freeze response.

There are the “perceived rescuers”, often showing up also as the fight response.

This dynamic can be unproductive, as the main flavour is the fight, flight, or freeze response. This may then lead to the escalation trap.

Things will change when the rescuers transform to coaches, the victims to more empowerment, and the persecutors soften from aggressiveness into assertiveness.

That’s when we can cultivate more alignment, unity, and colaboration.

The question is, which role/s do we play, and do we even want to change that.
Posted by Perpetual Health at 5:53 AM