Helping couples to stay together and be happy 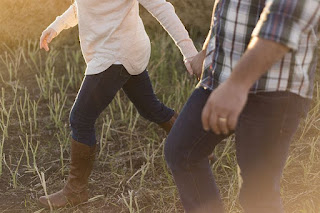 I often see couples who have fallen into the “fight or flight” trap. I am sure that you have too.
Often they have opposing personality styles.

Over time, they have fallen into the trap of blaming each other for their personality. The problem is, one can’t really change one’s personality. We are, simply who we are.

When explored further, it became more apparent what the real issues are.

1. They failed to align goals over time as their lives changed including the complexity of having kids. When opposing personalities have the same goals, they make a great team. When not, conflict is inevitable.

2. When feeling disconnected, instead of reconnecting, they blame, demand, lash out, or withdraw. They “fight or flight”. This will of course lead to more disconnection.

3. When in conflict, instead of listening to understand, they listen to respond with “fight or flight”. Each want to be right to make the other one wrong. They have great difficulties holding space for each other’s opposing views, acknowledging those, be assertive with their own needs without blame, and reconciling each other’s needs.

Without change to the above patterns, the outcome will often repeat itself until there is a change.
Posted by Perpetual Health at 2:51 PM